The Official Trailer of October 1. This is an African story told from African’s perspective.

SYNOPSIS
It’s September 1960, and with Nigeria on the verge of independence from British colonial rule, a northern Nigerian Police Detective, DAN WAZIRI, is urgently despatched by the Colonial Government to the trading post town of Akote in the Western Region of Nigeria to solve a series of female murders that have struck horror in the hearts and minds of the local community. On getting to Akote, more murders are committed, and with local tension high and volatile, Waziri has a race on his hands to solve the case before even more local women are killed.

Set against the backdrop of the national celebratory mood of the impending independence, Waziri is pulled into a game of cat and mouse as he and the killer try to outwit each other… leading to the climatic end in which the life of a popular local female teacher and village belle, TAWA, is held in the balance. Waziri has to race against the clock to capture the killer, save Tawa and solve the crime before the British flag is lowered and the Nigerian flag raised on Independence Day… October 1.

Release date to be announced. 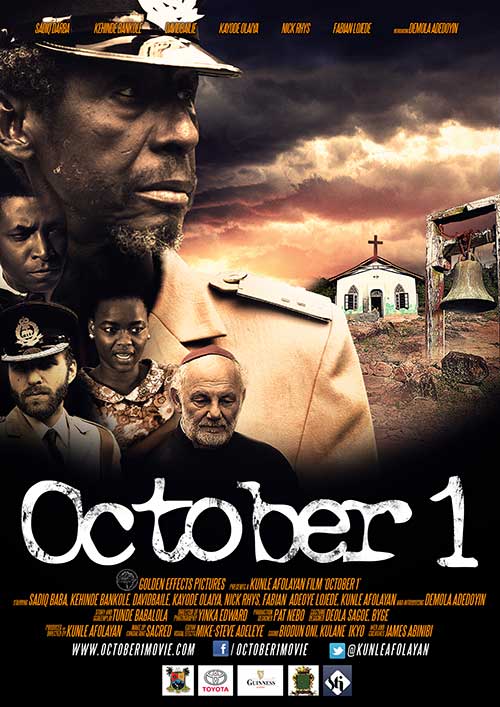 TRENDYPR is Inviting all Creatives In Aberdeen, Aberdeenshire and all over Scotland to exhibit, engage and network at our collaborative event with Aberdeenshire Fashion Week. There is a runway slot as well so exciting times ahead. ... TRENDYPR was consulted and commissioned by PETAN - the Petroleum Technology Association of Nigeria to manage the Corporate Dinner Event for Offshore Europe 2015. TRENDYPR managed the end-to-end project from venue selection, menu, registration, hotel reservation and transportation ...